We interviewed our own Technical Creative Director, Ann Nguyen about her five-year journey of working on an H-1B visa then finally gaining employment-based permanent residency through EB-3 application. This long process involved a lot of work, paper, patience and of course, luck. This podcast conversation walks through how a company should consider the value of the H-1B process.

Special thanks to our immigration lawyer, Laurence Borten, we can’t say enough about how amazing his work has been in securing this H-1B Visa and Green Card.

USCIS received nearly 233,000 H-1B petitions during the filing period, which began April 1, including petitions filed for the advanced degree exemption. On April 13, USCIS used a computer-generated random selection process, or lottery, to select enough petitions to meet the 65,000 general-category cap and the 20,000 cap under the advanced degree exemption. USCIS will reject and return all unselected petitions with their filing fees, unless the petition is found to be a duplicate filing.

Interviews for employment-based green cards were not required until October 2017 so there aren’t a lot of resources letting applicants know what to expect. Though every field office is different, we will share our tips for preparing and experience at the interview for those getting ready for this stage of the application.

My lawyer advised against traveling outside of the US while waiting for the interview decision so needless to say, I had to put all travel planning on hold. Thankfully, just three business days after the interview an email with the subject line “Congrats!” from our lawyer landed in my inbox. He had received a notice from USCIS letting us know that my permanent resident card was in production. This announcement set off a chain of celebratory emojis in Slack. Now we wait for the card to arrive in the mail.

Green card arrived in the mail on October 29th along with a nifty pamphlet that Puppy Whaler has been studying. 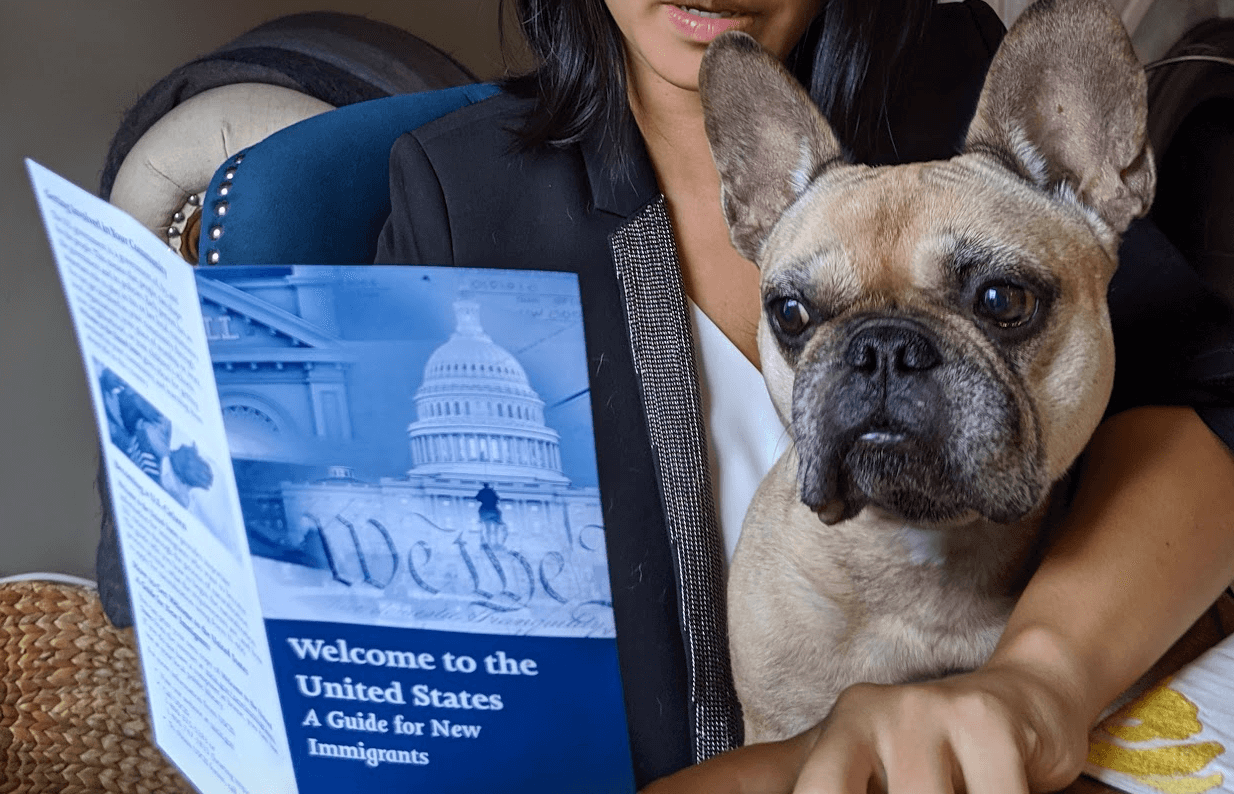